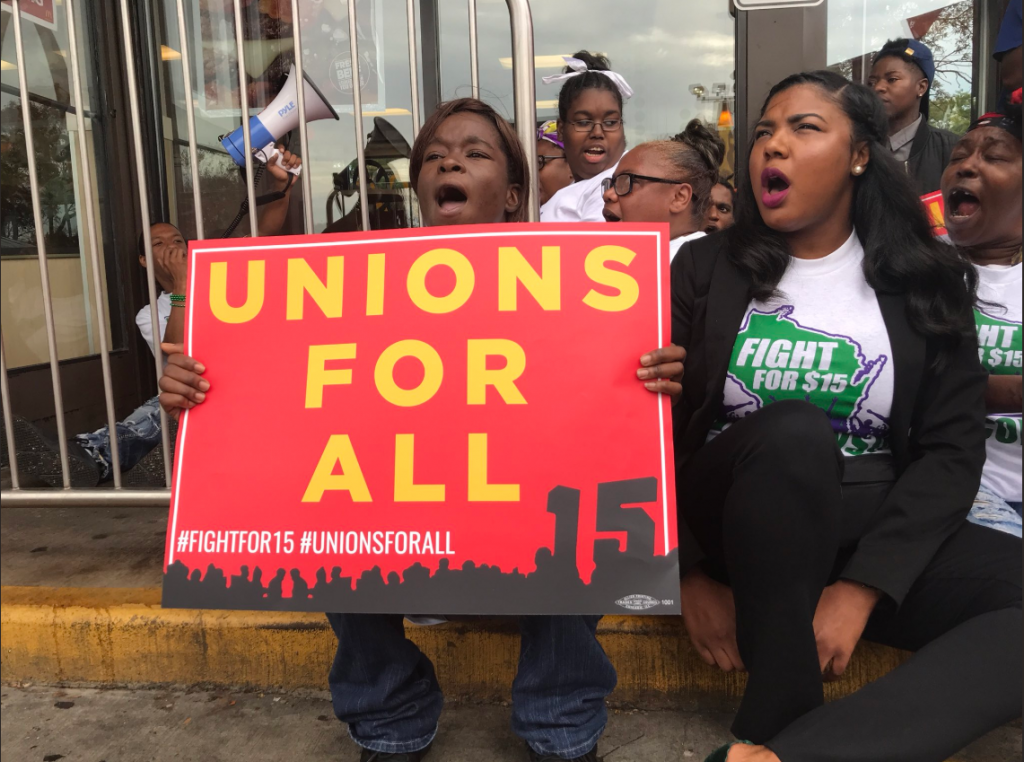 Unions have the power to radically improve the lives of millions of workers, families, children, our democracy, and future generations.

Joining a union has many benefits, including gaining a voice on the job, a seat at the bargaining table with your employer and the means to improve your pay, working conditions and so much more. Joining a union of you and your coworkers grants your group representation on the job.

But the benefits of unions extend beyond only your workplace. Unions are a winning force for society that have the power to radically improve the lives of millions of workers, families, children, our democracy, and future generations. #1u

A recent report by the Economic Policy Institute found that the 17 U.S. states with the highest union densities have state minimum wages that are on average 19% higher than the national average and 40% higher than those in low-union-density states.

Furthermore, unions also often improve the health and safety of workplaces by negotiating for things like health insurance and paid sick time, requiring safety equipment, and empowering workers to report unsafe conditions without fear of retaliation. In industries with high union density, these benefits trickle down to other workers as well, raising standards for everyone. For example, a one-percentage point increase in the unionized workforce was associated with a 2.8% decline in the rate of occupational fatalities.

“Don’t cross the picket line” is a commonly used refrain in reference to standing in solidarity with striking workers. When workers take collective action, such as striking, people across all industries are empowered to stand side-by-side to make workers’ demands clear, amplify our voices and demand the justice that we are owed.

By fostering solidarity, workers unite together across race, gender, religion, industry and other social identities to realize that all of our struggles are connected. This sort of camaraderie has knock on effects. For example, since the Great Recession of 2008, union workers have been significantly more satisfied with their jobs than non-union workers.

Together we are stronger.

When workers get paid more by working in a job with union representation, we are able to set aside more of our paychecks, build generational wealth and save for major investments, like our children’s college education or vocational training. When workers are better off, our communities as a whole can thrive.

Unions embody a participatory form of collective action that give workers a voice on the job and seat at the bargaining table. Unions allow us to exercise our voice and agency as a collective in a way that individual employees cannot. Unions are democratic institutions that foster civic participation on and off the job unlike corporations.

Union members are 12 percentage points more likely to vote than voters who are not in a union, and states with strong union density are less likely to pass anti-voter laws that limit access to the polls.

Unions reduce inequality, which allows plutocrats and billionaires to control the whole of civic discourse and direction. As research shows, going back to the 1930s, more unions meant more income equality – and those most likely to benefit are the ones who are traditionally most-likely to be left behind. As Eric Levitz wrote in the New Yorker, “organized labor does not merely democratize individual firms; it also democratizes economic power throughout the economy.”