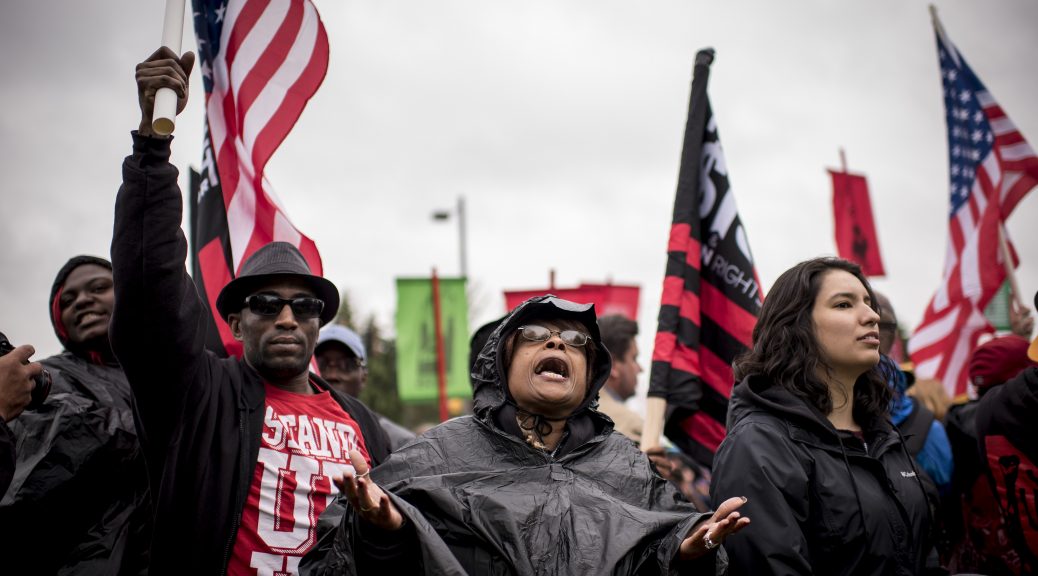 We're breaking down some of the words you may come across when organizing your union.

A method of settling a labor-management dispute by having an impartial third party hold a formal hearing, take testimony, and render a final and usually binding decision.

A card/form voluntarily signed by workers expressing interest in a (specific) labor union to represent them. If at least 30 percent of the workers in a proposed bargaining unit sign cards, the National Labor Relations Board (or its city/state/municipal equivalent) will conduct a formal election to determine if a majority of the workers in the unit support union representation (and if so, the NLRB will certify that union as the workers’ representative for collective bargaining with their employer). Note that an NLRB election isn’t necessary if the employer voluntarily recognizes the union, such as based on a majority-percentage of signed authorization cards (see Card Check below).

A group of workers in a given workplace who bargain collectively with their employer. The unit is usually determined by the National Labor Relations Board, or agreed upon jointly by the union and employer.

A legal way of bringing collective pressure against an employer by discouraging use of the employer’ s products or services.

This is a procedure generally conducted by an outside party, such as a respected community member, versus by the employer or union representatives, whereby signed authorization cards are checked against a list of employees in a prospective bargaining unit to determine if union representation has majority-status. The employer may recognize the union on the basis of this card check without the necessity of a formal National Labor Relations Board election.

The process by which the employer, worker leaders in the union, and union representatives negotiate the bargaining unit’s conditions of employment — such as wages, hours, and working conditions — for a set period of time. The result of the process is a legal contract, also called a collective bargaining agreement (CBA).

A vote by a group of workers to decide whether they want to continue to be represented by a union for the purpose of negotiating as a group with their employer over their working conditions. “Decert” elections are conducted by the NLRB (or other agency for public workers).

The membership fee that union members regularly pay so that their unions have the resources needed to protect and defend members, to negotiate collective bargaining agreements, and make the union stronger.. The amount of dues varies and may be a flat fee and/or a percentage of pay.

A formal complaint filed by a union member usually alleging a violation, misapplication, or misinterpretation of the bargaining unit’s contract.

A tactic used by employers in which workers are barred from their employment.. It is used to bring pressure on the union during a labor dispute.

Also known as the Wagner Act, this federal labor legislation passed in 1935 guarantees workers in the private sector the right to organize a union, collectively bargain with their employer once they form a union, and to engage in other group activity aimed at improving their working conditions. The National Labor Relations Board (NLRB) is responsible for enforcing the law.

A person who brings workers together to build an organization in their workplace so that they can demand a voice and improvements in their working conditions.

Usually a protest activity where workers carry signs and march in a circle. Picketing can occur during a strike or it can be an informational picket designed to inform the public about a labor dispute.Engaging in a picket can have certain legal consequences. Prior to picketing, a lawyer should be consulted.

The members of a union.

Unity and support among union members as they lift their voices to forward common interests in the workplace.

A union member (worker leader in the union) elected by fellow members or appointed by elected union leaders who carries out union representational duties in the workplace, such as explaining the contract to new workers/employees and addressing grievances.

A coordinated act by workers to withhold their labor, to stop their work, in order to bring about workplace changes by their employer. A strike may take place, for example, during collective bargaining when an employer bargains in bad faith.

The rights of private sector union workers to request union representation at certain meetings with their employer. If workers reasonably believe a meeting with their employer could result in their being disciplined, they have the right to request that a steward/union representative be in attendance, as well as that that steward/representative assist and counsel them during the meeting. Named after a U.S. Supreme Court case, Weingarten Rights are covered by the National Labor Relations Act.