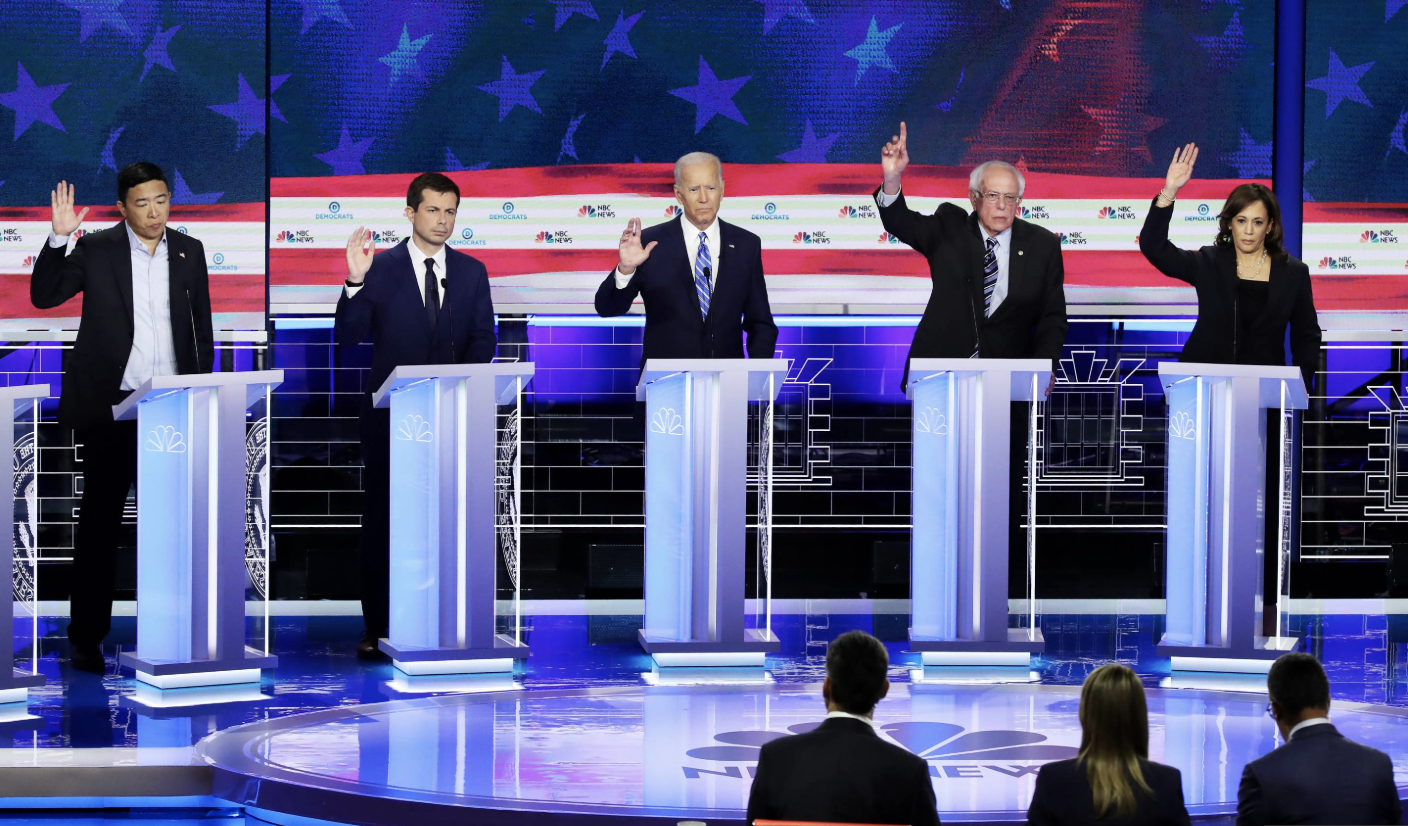 The first debates of the 2020 presidential election are complete – and the need for a $15 minimum wage and union rights is clearly on the top of the candidates’ minds.

Candidates discussed the power of unions, Americans having to work multiple jobs, the need for a $15 minimum wage, the dignity of work, and rampant income inequality in the country. Thanks to years of activism, strikes, and workers sharing our message, we are winning – on the highest stage.

Spread our message, and make sure our next President puts working people first.

Here are some highlights from the first debates:

Governor Jay Inslee: “I’m proud of standing up for unions… It is not right that the CEO of McDonald’s makes 2,100 times more than the people slinging hash at McDonald’s.”

Thank you Governor @JayInslee for declaring from the #DemDebate stage that you were proud to join #FightFor15 @McDonalds strikers and are committed to unrig the system and make it easier for workers to form and join unions. #UnionsForAll #1u pic.twitter.com/6IumsSf4Xi

Mayor Pete Buttigieg: “We need to raise the minimum wage to at least $15.00 an hour.”

"You should be able to live well … whether you went to college or not ": South Bend, Indiana, Mayor Pete Buttigieg proposes the minimum wage should be raised to $15 an hour.#DemDebate #Decision2020 | WATCH LIVE: https://t.co/WnxRofegTl pic.twitter.com/nr3HDwPJMy

Senator Kamala Harris: “People in America are working … two and three jobs. In our America, no one should have to work more than one job to have a roof over their head and food on the table.”

No one should have to work more than one job to pay the bills. #DemDebate pic.twitter.com/4w8z7qBUg6

Mayor Bill de Blasio: “We’ve been addressing income inequality in New York City by raising wages, by raising benefits, by putting money back in the hands of working people, $15 minimum wage … things that are making a huge difference in working people’s lives.”

Senator Bernie Sanders: “How come today the worker in the middle of our economy is making no more money than he or she made 45 years ago, and that in the last 30 years the top 1 percent has seen a $21 trillion increase in their wealth?”

Senator Cory Booker: “Dignity is being stripped from labor, and we have people that work full-time jobs and still can’t make a living wage.”